What You’ll Discover in These 7 Weeks

Course sessions are on Wednesday at 5:00pm Pacific.

In this 7-week transformational journey, Terry will guide you through a series of insights, exercises, challenges and choices that will draw you into a very deep place within yourself where you may open your heart in a radical way that will profoundly affect your whole life.

Each weekly, LIVE contemplation and training session will build harmoniously upon the next, so that you’ll develop a complete, holistic understanding of the practices, tools and principles you’ll need to sustain your commitment to something bigger than yourself that is actually changing your inner life and attracting a higher quality of connection with others and opportunities in your life.

You’ll also experience the joy and support of committing to an evolutionary community based on love. They will help you metabolize old stories and traumas as well as encourage you in stepping forth as a pioneer of what is possible. Having brothers and sisters on the journey is a profoundly important component of accessing the deeper realities of the heart.

This course is designed to function as a transformational alchemical event that will actually enable you to shift the “set points” of the animating energetics of your life, at the very source — the integral heart.

Module 1: Showing Up 100%
The Alchemy of Total Vulnerability & Commitment
(February 24) 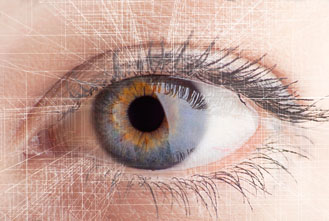 Life is often teaching us the importance of “showing up” 100% in every moment, beyond physical, emotional and spiritual contractions — but this is much easier said than done. In the first session, we will set a sacred container and come face to face with the powerful opportunity to choose to join together in a sacred community of practice dedicated to taking 100% responsibility for our own experience during this 7-week journey. Through a series of experiential processes and epiphanies, we will support each other in inviting forward our deepest integral heart. We will allow that integral heart intelligence to become not just the power source of our inspiration, but also the creative author of our most important life choices. 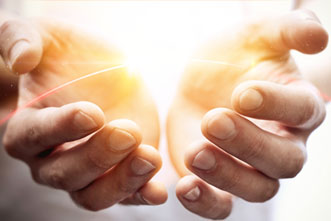 In this module, we will explore the art of opening (and always re-opening) an unobstructed heart connection with divine grace. We’ll engage the art of bridging the profound splits created by our personal and collective traumas — dividing our minds from our hearts and our sense of self from our inherent, natural, loving relationship with God. We’ll connect directly with our inner skeptics, integrating our doubting minds as we dare to break the ultimate taboo, and actually open an intimate channel of connection to the universal source of grace, good luck and gratitude. Then we’ll reboot a potent universal spiritual practice, accessing the power of “the simplicity on the other side of complexity.”

Module 3: Expanding Your Intelligence Through the Yoga of Feeling
Daring to Embrace Everything (March 9) 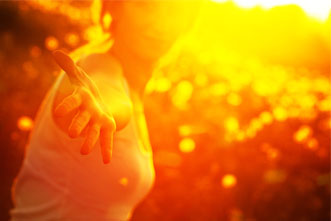 Feeling and intelligence are two words for, or facets of, a single capacity. In this session we will tune in to the unexplored territory of feeling and the incredibly sensitive instrument of our precious human body-mind. You’ll learn the key principles of how to use your subtle feelings, sensations and emotions as a source of information and guidance. When your understandings crystallize into a felt-sense, you can sync up with your whole body intelligence and move spontaneously. You’ll open up into the higher octaves of positive feeling — from acceptance to pleasure and enjoyment and into joy, ecstasy and bliss. Finally, you’ll develop the art of navigating the full spectrum of life experience as a yoga of feeling.

Module 4: Expressing the Higher
Octave of Your Will
Powering Your Intentions with Joy (March 16) 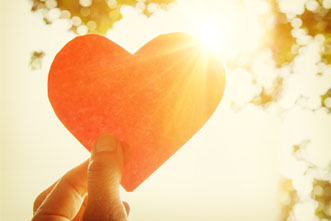 The integral heart is a powerful force of intention and creativity — flowing directly from the marriage of the inner feminine and inner masculine natures. This is nothing like the hyper-masculine will that exaggerates our separation from the flow of life. In this session, we will encounter a series of powerful distinctions and exercises that will enable us to connect with the deep roots of our tenderness and toughness, the foundational care that powers an integrated will. It creates powerfully from love rather than ego. It’s rooted in an existential stand that sources our greatest power.

Module 5: Surrendering to Being
Lived by the Mystery
Becoming a Vehicle for Evolution (March 30) 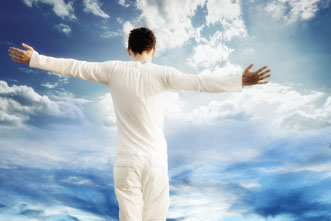 The mystery of the present moment is so obvious, so profoundly deep and powerfully wondrous, and yet so elusive. The art of awakened living is the art of waking up with fresh eyes, in “beginner’s mind,” and rediscovering this living moment, letting go into it and letting it live us. Then, life is endlessly creative, an unfolding miracle. But this is not something “you” can “do.” It’s an art — a dance we can only do with a highly skilled partner — that same unpredictability alive in the ever-present Mystery. In this session, we will get a feel for the art of integrating everything we’ve already explored in the instant-to-instant dance of living.

Module 6: Dancing into the Miracle of Mutuality & Grace-filled Community
The Power of We (April 6) 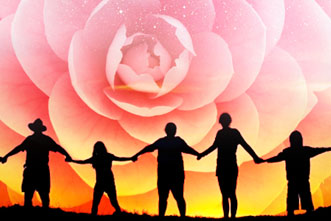 We will bring the ever-present dance of our personal awakening into relationship with one another. In mutuality, a field of “We-Space” is created when our consciousness opens into undefended contact with the consciousness of another person. This field becomes intelligent in a way that is much more than the sum of the parts — and that intelligence holds remarkable potentials. It can grow and develop, and it can function as a container and channel for the transmission of awakening.

Module 7: Transforming the World Through the Integral Heart
Integrating Your Full Being in Awakened Living
(April 13) 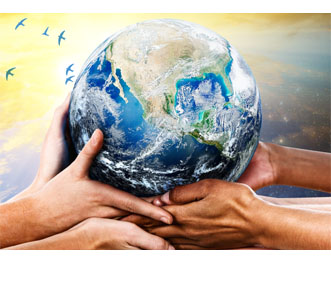 To really “get real” with each other amidst the challenges of our time, we must become capable of sharing deep tantric paradox. This means relaxing and rejoicing in gratitude — with lightheartedness — while simultaneously getting very serious about effectively addressing the sobering challenges of our time. Our blessedly wonderful and terrible times represent a profound koan, an impossible riddle that we must resolve, an infinitely deep question that undoes our mind and reconfigures our consciousness. We will enter into the territory of daring and learning from a new level of evolutionary friendship and responsibility.

In addition to Terry’s transformative 7-week virtual course, you’ll also receive these powerful training sessions with the world’s leading visionaries and teachers. These bonus sessions are being offered to further complement what you’ll learn in the course — and take your understanding and practice to an even deeper level. 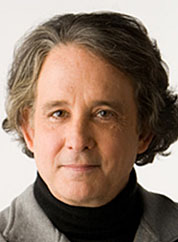 The “shadow” is what the psyche can’t bear, what it denies and excludes from awareness. Our “shadow” is also our own darkness, “the Darth Vader turn.” It seems too horrible to bear, but it is only on the other side of being torn apart by it that we discover the real gold — radical freedom.

Andrew Harvey is an author, speaker and founder/director of the Institute of Sacred Activism, an international organization focused on inviting concerned people to take up the challenge of our contemporary global crises by becoming inspired, effective and practical agents of institutional and systemic change, in order to create peace and sustainability. He has written and edited over 30 books and received many awards, including the Benjamin Franklin Award and the Mind Body Spirit Award. 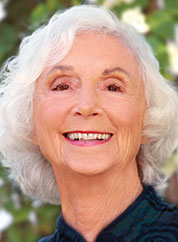 The phase-shift from unconscious to conscious evolution is powered not just by insight, but by the heart. Love is the only engine of survival, animated by the intelligent integral heart. Listen in as Barbara and Terry drop into intimate communion and explore this most tender dimension of Barbara’s transformational journey.

Barbara Marx Hubbard is a visionary, social innovator and evolutionary thinker who believes that global change happens when we work collectively and selflessly for the greater good. As a prolific author and educator, Barbara has written seven books on social and planetary evolution. She has produced, hosted, and contributed to countless documentaries seen by millions of people around the world. In conjunction with The Shift Network, Barbara co-produced the worldwide Birth 2012 multi-media event that was seen as a historic turning point in exposing the social, spiritual, scientific and technological potential in humanity.

The Journey of the Soul
Audio Talk from Terry Patten 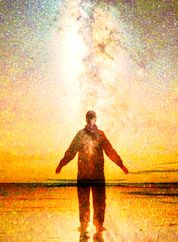 In this recording of a recent, live Integral Living Room event, Terry offers a clear, accessible and intimate introduction to soul work, including stories from his own life. This talk is a wonderful overview of the basics of integral spiritual practice. You can use it as an introduction to the essentials of practice which are some of the highest teachings or share it with friends or family as a great introduction both to soul work and integral spiritual practice.